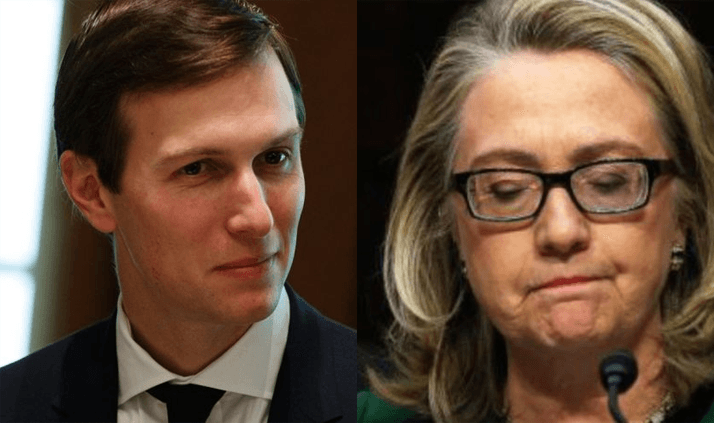 Many Democrats cried foul recently when it was revealed that Jared Kushner, White House adviser and son-in-law of the president, used a private email service for work business. The topic brought many back to the 2016 presidential campaign, when Hillary Clinton came under intense scrutiny for a similar issue.

So, the question is, just how alike (or different) are Kushner’s and Clinton’s email problems? And how will the issue impact the current administration?

Using a personal email account for official White House business is not against the law — with a few caveats, which is where the differences between the two may lie.

Key to the federal communications policy is the stipulation that classified information cannot be handled through a private email server; it must be addressed solely through the secure servers used by government accounts. Disseminating classified information through a non-official email could heighten the risk for hacking, with the potential for wide-ranging international impacts.

Among the thousands of work emails Clinton handled through her private account, there was evidence that several, at least in part, contained classified information. That Clinton transmitted potentially sensitive material through a private email server, and not her official account as Secretary of State, was chief among the complaints of critics.

The inclusion of classified information is not yet an accusation that has surfaced in Kushner’s case.
Another significant difference is how both leaders handled the situations. Clinton drew the ire of many when she deleted tens of thousands of emails from her private server, leading some to question if she was attempting to cover impropriety. That course of action seemed to catapult the issue to national attention, which cast a shadow over the entirety of her presidential campaign.

So far, Kushner appears to have cooperated with investigators looking into the issue. He has reportedly forwarded all work-related messages from his private email to his White House account; government accounts store all messages, so doing so ensures there is an official record of Kushner’s work-related communications.

The implications of the Kushner email situation remain to be seen, but much may hinge on the content of the correspondence, and his level of transparency. Regardless of the outcomes, the issue spotlights the need for education about private and encrypted email services, and regulations regarding their use.