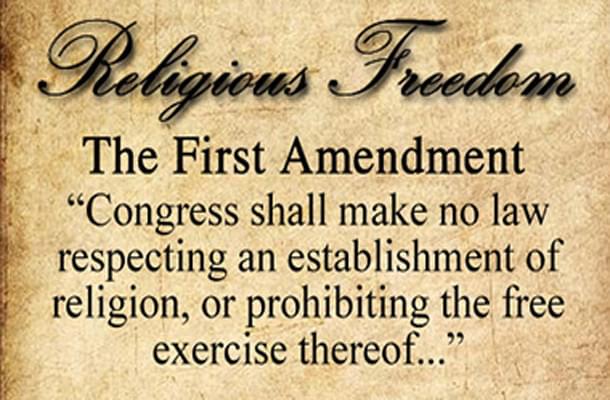 Reagan and Freedom of Religion

The views of Ronald Reagan on religious freedom illustrate how the concept of liberty was present in all of corners of his presidency. Like all other areas, Reagan believed that Americans should have the ability to exercise the principles of their faith, and that the government can’t be in a position to dictate what those principles should be.

Reagan was brought up in the Disciples of Christ faith, and learned how to respect those of differing religions from an early age, especially since his mother came from a Catholic upbringing. That respect for diversity followed through Reagan’s political career and into the White House; he believed that Americans had an inherent right to practice their individual faith, but also that no citizen, community or government should try to oppress that ability. He was a pro-life advocate, a champion of prayer in school and even declared 1983 the Year of the Bible. Reagan spoke frequently to Christian associations and encouraged them to continue to live their faith.

He spoke directly to those who were threatening religious freedom: “You may jail your believers. You may close their churches, confiscate their Bibles and harass their rabbis and priests, but you will never destroy the love of God and freedom that burns in their hearts. They will triumph over you.”

Reagan’s stances on religious freedom were both foundational and timely. While he was firmly committed to the concept of individual expressions of faith, he was able to effectively illustrate how challenges to such freedom were tied to other challenges of the times—Communism, liberalism and other movements that de-emphasized the value of religion—bolstering support from followers on the entire range of issues.