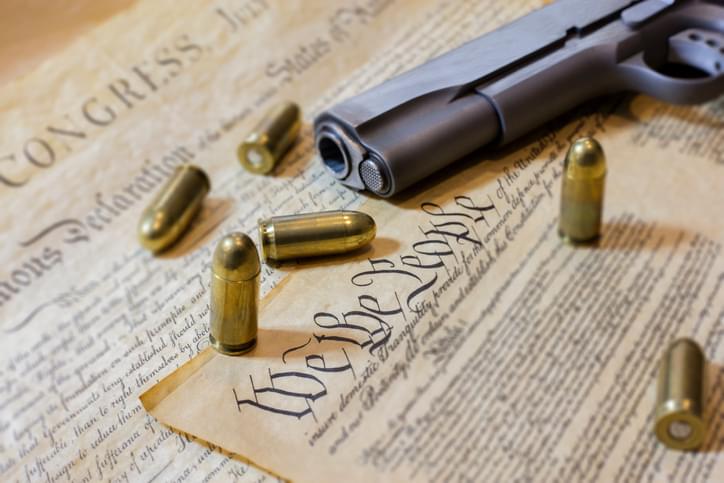 President Ronald Reagan and gun control took center stage at the 1983 National Rifle Association convention. While the annual gathering often attracted politicians with pro-Second Amendment policies, Reagan’s involvement in this particular event was significant for a number of reasons.

About two years prior to the convention, Reagan was shot in an attempt on his life. Once the president recovered from the attack, pundits on both sides of the aisle began to wonder if the assassination attempt would push Ronald Reagan and gun control closer to one another. Reagan’s decision, then, to headline the NRA convention may have been in part an effort to make a firm statement that the president was still a firm believer in gun owners’ rights.

That idea was at the center of his speech to the NRA. Reagan did not shy away from addressing the shooting; in fact, he used it to oppose arguments by those who pushed for broad gun control laws. While such advocates claimed that adding new regulations for gun purchases would deter criminals from obtaining or using guns, Reagan countered with: “Those who seek to inflict harm are not fazed by gun control laws. I happen to know this from personal experience.”

He went on to praise the mission of the NRA, again knocking down arguments by gun control advocates that gun laws should be updated over time. He invoked Abraham Lincoln on this point, quoting “Important principles may and must be inflexible.”

Reagan also connected the underlying principles of the NRA’s work with his own platform. He cited the shared belief in individual responsibility and penalties for those who don’t comply with the law, as well as the idea that freedom is contingent upon less strict oversight by the federal government. While the concept of Reagan and gun control may have come under the fire of speculation after his assassination attempt, the president used the 1983 NRA convention to reaffirm his support for gun owners and strengthen understanding of their shared missions.