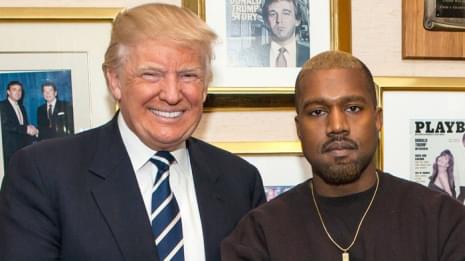 While the worlds of politics and Hollywood have been increasingly colliding, celebrity conservative supporters aren’t as outspoken as left-leaning celebs—but with each media figure who opens up about his or her views, that may start to shift.

In recent months, rapper Kanye West has been one of the most visible celebrity conservative supporters, backing right-leaning causes and political figures, including President Donald Trump. West has been a longtime supporter of the president and met with the then-candidate at Trump Tower in 2016 when Trump was on the campaign trail. After he took office, West has continued to advocate for the president as well as conservative candidates and commentators, views that generated some sharp backlash on social media from his fans and fellow celebrities, such as John Legend. However, unlike the modern trend of backing down under threat of pushback on social media, West reaffirmed his positions.

That commitment could encourage other celebrity conservative supporters to follow suit. That’s the position recently taken by Fox News analyst Gianno Caldwell, who said the rapper’s stance could even initiate “competition” among other celebrity conservative supporters. West may have lost the support of more left-leaning fans because of his political views, but he also certainly picked up a wealth of new conservative supporters, as well as gained respect from moderates for his refusal to back down. The musician’s ongoing success may serve as a catalyst for other celebrities to open up about their own political views. The world of politics is no longer one that functions in a bubble, but rather it touches all facets of American society, including Hollywood. It’s only natural that celebrity conservative supporters should have the same comfort level with discussing and debating current topics as their liberal counterparts do. And with today’s world of viral videos, soundbites on repeat and Tweets being shared thousands of times, celebrities may even find a bump in their success when they start taking a stand.