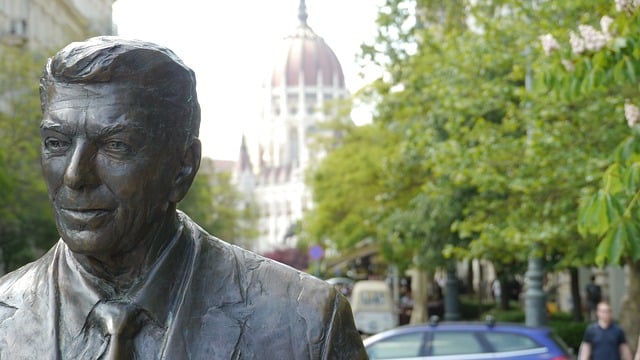 While the country and the world have changed drastically in the almost-30 years since Ronald Reagan left office, some of the fundamental issues still impacting our society persist. From national security to the role of the federal government in American society, the country continues to grapple with challenges Reagan also addressed in his presidency. Though with the dawn of the Internet and other technological advances, these topics are now being reframed and refocused.

As owners of a Reagan private email address, you may already look to the former president's legacy to interpret the current state of affairs, but what can the rest of society learn about our future from looking to the past?

One of the cornerstones of Reagan's presidency was the investment in and strengthening of national security. A strong military force, backed by the might of the federal government, was key to America preserving its position as the world's leading power, Reagan contended. In order for America to triumph over national-security threats, it needed to build its defense capabilities and face head-on international threats to U.S. interests.

In Reagan's day, one of the primary international threats to democracy was Communism, while today the strongest threat to democracy is largely considered terrorist groups like ISIS. Though vastly different entities, both are considered vehicles for violence with international implications. Reagan approached the threat with a commitment to American defense and an unwavering commitment to eradicating threats to our democracy. That same methodology could become key in today's struggles.

Today, America continues to face international threats from increasingly sophisticated terrorist cells. While strengthening our military is key, as Reagan demonstrated, the modern world also requires investment in building up our technological capabilities and ability to defend from cyberattacks and hacking. Though such concepts weren't relevant during Reagan's tenure, we can use his example of defense-focused sensibilities to approach modern threats to democracy and freedom.